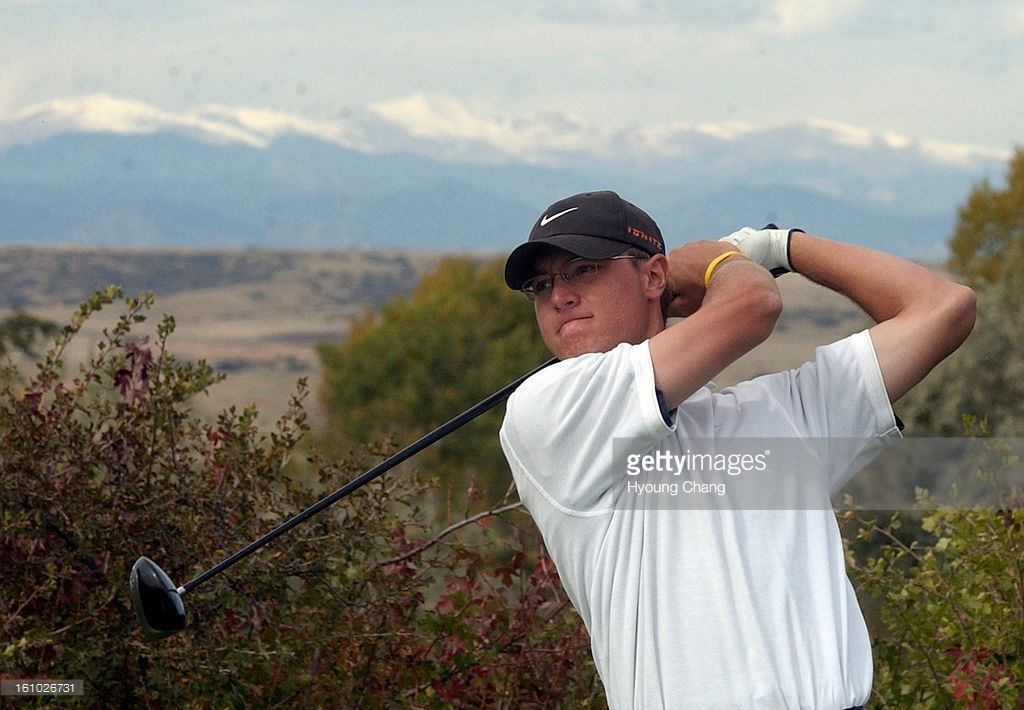 This month represents the start of the high school golf season for many of our players. What an exciting time of year! The butterflies that flutter around in a players’ stomachs before tryouts, the rivalries between both players and schools, and the preparation for the final event of the year, the state championship, are all feelings that players will experience over the next few months.

I can recall my experience with these feelings quite well. For me, the brisk fall air in Colorado spurs on the memories of high school golf. It signifies the start of something and the beginning of a new season. No matter what had happened the year before, a fresh start presented itself. All of the preparation I had done over the summer months could now shine. This was my time! I can remember the hunger I had for competition and the drive to win and to improve each week.

The state championship was always played during the first week of October in Colorado. As October neared, the excitement also escalated. My preparation for state narrowed as the team and I played practice rounds at that year’s state championship course. Members of our team fought for the last spot as the regular season came to an end. Media became more prevalent at each event and the final training sessions were complete.

Finally, the first Monday of October arrived. The sun barely came over the horizon. Dew stretched for as far as the eye could see. The air was sharp with cool Colorado air and with every breath taken, a cloud would slowly rise to the air and dissipate. The sky was dead calm. Around the putting green, a rainbow of bags with each school’s mascot bordered the surface as if surrounding the green for attention. 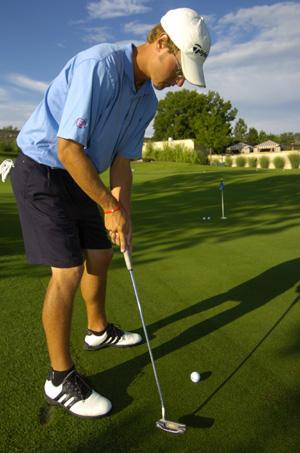 I slowly warmed up on the driving range and progressed through my bag: first, my sand wedge for some short pitches then, I moved to 8 iron for some easy 150 yard shots. Each shot different than the next: the first swing, a hold off cut; the next, a trap draw; then, a choke down straight shot. Any shot and every shot, hitting them all on command. Four iron came next, covering the same spectrum of shots. It was on to three wood and finally the driver.

I took the head cover off and checked the clock on the range for the time. Twelve minutes awaited until my starting time. I took my first deep breath to calm my nerves. I hit three drivers making various shots and moving the ball in any way I wanted.

I picked up the fourth ball, my last practice shot before my opening tee ball, followed by another deep breath as I walked in and set up. I gave my target one final look with one last waggle of the club. My gaze came back to the ball. I gave one final thought, “TRUST” and began my swing, which ended in balance as the ball flew perfectly toward the target.

I picked up my bag and placed my driver into the sleeve as I made my way to the first tee. When I arrived, handshakes were intermingled with scorecard exchanges and identification of golf balls for the day. As the clock struck its arm to 7:45 a.m., the announcer’s voice boomed, “Next to play, from Thunder Ridge High School, Riley Andrews.” My shaking hand presented the tee to the ground as I heard a smattering of applause from the players, parents, and coaches forming in the gallery. As I stared down the fairway, I took one more deep breath, this one a little deeper and longer than the others. I told myself, “This is my time. This is what I prepared for. This is my game. Let’s give them something to watch.”

Upon setting up to the ball, a calm came over me. Some people refer to this feeling as a “zen” moment. I could see the shot clearly in my mind’s eye. The confidence needed to execute the shot was there and I pulled the trigger. As I completed my golf swing, I finished watching the ball as it reached the apex of its journey.

Good luck to all players this season! We are humbled by the opportunity to coach you along your path to greatness.